Why is Indian Spice Famous in the World? 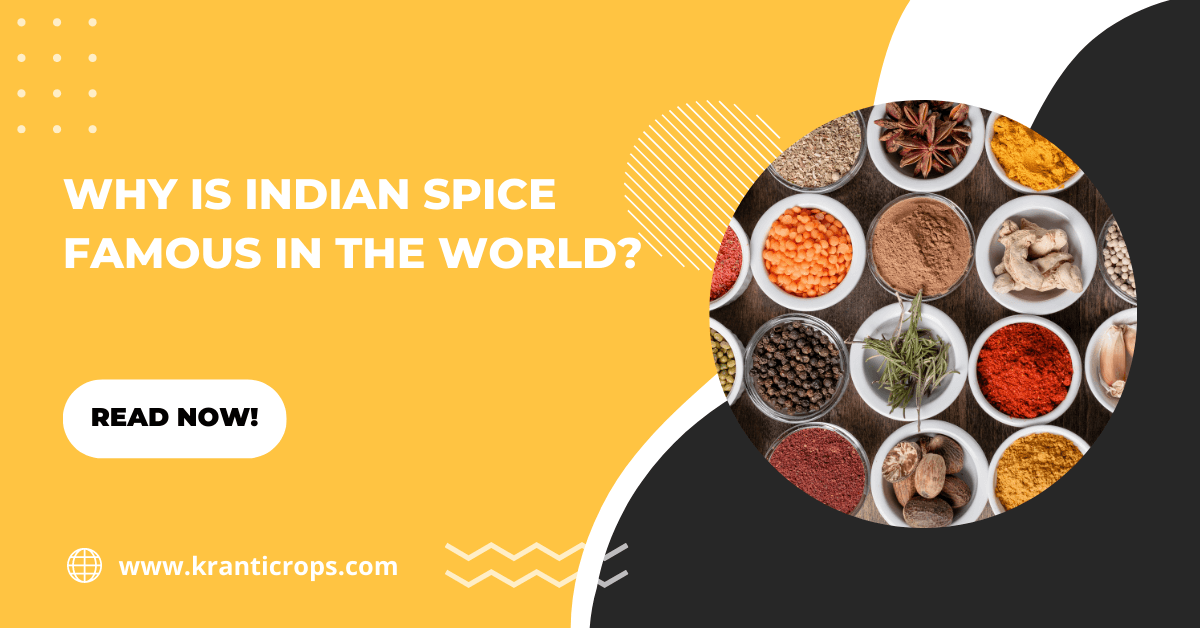 India is referred to as ‘The Land of Spices’ because Indian spices are renowned worldwide for their flavour and excellent texture.

The splendour of Indian spices is widely known, contributing to India’s dominant position in the spice trade. Indian spices are well-known for their flavour and aroma in both domestic and international markets, thanks to the influence of the Middle East. As a result, spices are produced, consumed, and supplied in huge quantities by India, making it the world’s largest producer.

India has a plethora of distinct people, cultures, traditions, heritage, and beautiful cuisines that all come together to form one cohesive whole. Because of the incredible variety of delicacies available, Indians’ taste palates are well-developed from an early age. These delicious recipes are made possible by the significant usage of spices that our country offers.

Various culinary techniques and regional specialities have emerged in India’s history, each influenced by a different set of circumstances. Indian cuisine is heavily influenced by religious, cultural, and historical traditions.

Kranti Crops provides you with the easiest method to procure bulk Spices directly from the leading exporters and producers that have enlisted with us on our platform. All suppliers who have registered their products with Kranti Crops are devoted to providing the highest quality available in the market. As a result, over the years, Kranti Crops has been able to establish a network of certified purchasers in several different nations.